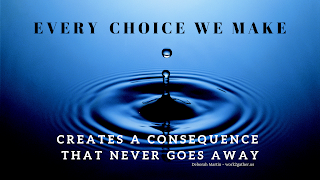 Posted by Deborah Martin, Owner at 10:50 PM No comments:

Friday, 6 MAY 2016 :: Checking in and catching up with everything

Today I am trying to re-start the blogging process and work through my decisions about where to commit my time and energy.  Right now, I don't know what will happen to/with this blog.  We will all have to wait and see.

Since starting my Faith and Prayer blog topic, I am moving toward it as my senior commitment.  It is the topic I am most interested in... and where my energy goes anyway.

I have also discovered that the ideas I might put here will fit in their separate categories... so I am not sure I need a gathering spot here.  I am still deciding.

Well, I finally started a blog just for me...

Finding a name that isn't already taken is a challenge...but this is good enough...and it can evolve into something else if, and when, I don't want to continue (or can't).  I tried a few different name themes, like "thoughts," "thinking," etc., but all the good ones were gone.  :-)  This will have to do.

I don't really like public speaking, and writing gives me a better platform for sharing my thoughts.  I want my suggestions to be heard somehow, so writing letters has been the only way I could share them in the past. Blogging is nice, but it is not always a public forum.  I will have to see where these efforts lead.

I am suppose to be able to sign up for 100 blog titles, but haven't been able to get past a few.  I am experimenting with the system, and trying to notice the names that say they should go through but don't.

So far I have blogs for ::
I am trying to get blogs for ::
Most are associated with Working Together efforts and will continue after I am gone.  I am trying to figure out how to link them all together for accessing from each other.  As I learn more, these things are able to be accomplished.  If GOD ever provides the financing (finally!), I will be able to hire others to take these duties over so I can focus on different problems.  :-)  I am always hopeful.

This may be a really good thing... I hope so.  I am getting more organized and trying to rebuild my life from what was lost...and live in fear of losing everything again...and have so many needs...
BUT
I force myself to remember that GOD is the one in charge of all things that pertain to my life...He has a bigger plan than me... and I need to focus on what is possible today, what has been provided for today, what needs to be done today...  I am only responsible for my part in the Body of Christ, maybe someone else hasn't done their part and we are all suffering for it.

Posted by Deborah Martin, Owner at 7:40 AM No comments: